When Experience Matters Most!


Cascade  Denture center is located at 1663 W Harvard in Roseburg Oregon. It is  owned and operated by Phil Dahl who is a licensed Denturist with a  passion for helping people look and feel their best.


Phil  has been involved in prosthetic dentistry for most of his life, but  most certainly the last 40 years. When he was a young man he used to  help his father Russell Dahl a Master Dental Laboratory Technician. This  gave him a strong foundation and provided him the environment to fine  tune the skills needed for this profession.


After Phil graduated  from High school he enlisted into the U.S. Army Dental Corp. While  serving he had the opportunity to work for Presidio of San Francisco's  Dental Oral Surgery Department. He was given the opportunity to design  and make artificial ears, noses and cleft palate splints for patients  with birth defects. Needless to say Phil’s earlier experiences with  prosthetics ranged deeper than just everyday dental applications.


Around  1976 Denturism had become quite the hot topic in the State of Oregon.  At that time Phil and his family actively discussed getting involved  with legalizing the profession of Denturism. After much discussion and  everyone on board they decided to open offices in Medford and Klamath  Falls. By doing this they were supporting the Denturist cause and were  helping to create change.


During a fly fishing trip down the  North Umpqua Phil decided to make Roseburg his home. Soon after the  doors of Cascade Denture Center opened, and with this Phil became the  first Denturist to practice in the Douglas County area.


In July  of 1980 Phil was one of the first Denturist to receive his license in  the State of Oregon. He actually took the first exam the Oregon State  Board had to offer.  Along with receiving his initial certificate Phil  has spent his career educating himself in the techniques and practices  of his field. To date Phil has completed a number of  certifications a few of which are: BPS certified Lab (Bio Prosthetic  Service) by Ivoclar, He attended the Candular Lingualized Occlusion  course at U.S.C. school of Dentistry, and is certified in  non-interception prosthetics/ Geneva 2000.


While Phil is very comfortable with the subject of prosthetic dentistry he is always  researching new and innovative techniques to make sure that he remains  current with the ever changing times.


Among his other accomplishments Phil was a vital member of the team that helped to pass  ballot measure 5. This measure was responsible for legalizing the  practice and profession of Denturism we see today. This means that  Denturists were now allowed to dispense to the public, and cut out the  middle man as they used to say (dentists). In 2002 he became the  President of the Oregon State Denturist Association and while in office  Phil was instrumental in bringing to life ballot measure 24. This ballot  was responsible for allowing Denturist to make and dispense partials.  (This was not included in the original bill Measure 5) This bill also  made is possible for denturists to have professional interactions with  dentists. (patient referrals and working together to create a better  outcome for the patients) Phil remained President of Oregon State  Denturist Association right up to 2008. 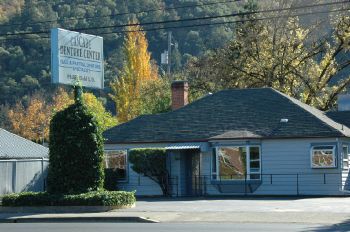